Number of cases since registry was started in 2002: 4841 implants

Percent of surgical infections reduced to almost zero through use of Dr. Eid’s No-Touch Technique 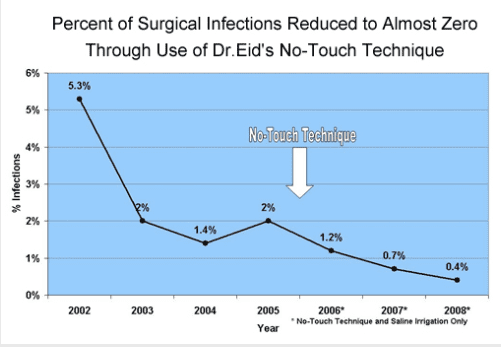 Our initial penile infection rate of 0.91% using this technique, inclusive of both virgin and replacement implants, is below even the lowest reported infection rates in the literature. While a prospective study comparing standard sterility techniques to the No-Touch Technique is needed to establish statistical significance, we believe that our low implant infection rate demonstrates the clinical significance of the technique.