To reduce a risk of infection, our patients are given antibiotics such as vancomycin and gentamicin 1 hour prior to beginning the penile implant surgical procedure to guard against bacteria. After the pubic hair is shaved, a 5-minute Chlorhexidine wash is performed, followed by a skin prep with Chlorhexidine/Alcohol 70% (Chloraprep) surgical prep. 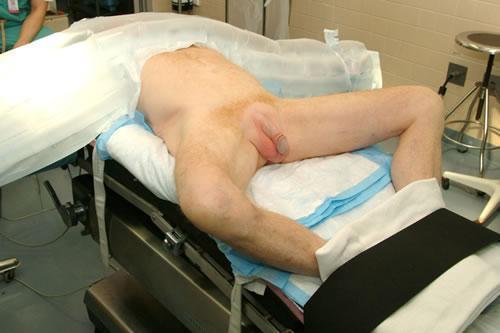 The patient is positioned on the operating table with the pubic symphysis at the point of flexion, so that flexing of the table elevates the pelvic rami up, rotating the crus of the penis upwards toward the operator, and flattening the lower abdomen. This maneuver allows for more proximal exposure of the crura (important for precise placement of penile pump cylinders, optimal concealment of cylinder input tubing) and stretches the muscles of the lower abdomen (to provide counter-traction for easier reservoir placement). 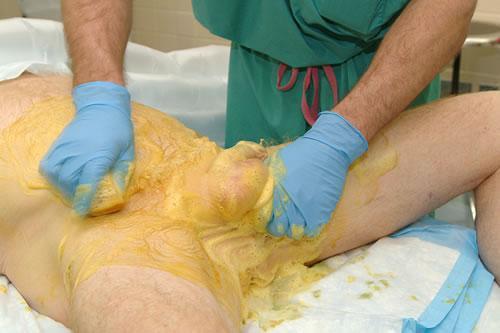 After the patient is draped in a sterile fashion, a large thoracic Vi-drape is placed on top of the sterile drapes, and the penis and scrotum are delivered through a small opening. This isolates the penis, protects the prosthesis from acquiring lint from adjoining drapes (which could act as a nidus for infection) and also prevents the irrigation from soaking through the drapes. Another advantage of the Vi-drape is that it secures all the surgical drapes without the use of additional sharp towel clips. 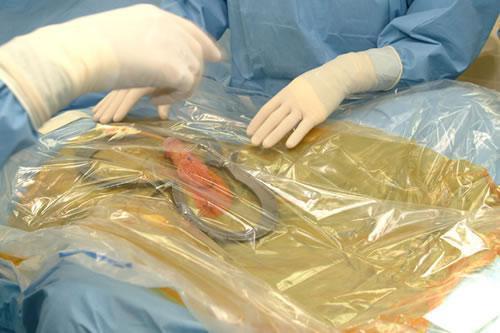 A Foley catheter is inserted to identify the urethra, capped, and a Scott retractor is secured with tubing across the base of the penis. 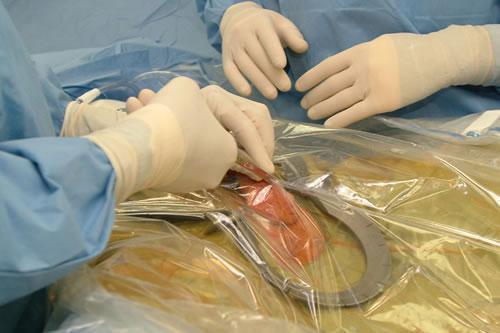 Large blunt yellow hooks are utilized instead of the small sharp blue ones. These provide better exposure and are less likely to injure the device or gloves. 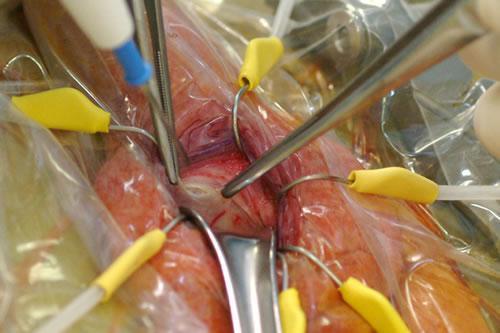