Several developments and observations in the field of prosthetic surgery have led to the need for developing the NTT.

First, studies revealed that regardless of how much the patient’s skin was cleaned and prepped before the surgery, bacteria remained present on the skin in very large numbers. Only a decrease in bacteria colony count was possible even when using the very best skin antiseptics such as alcohol and chlorhexidine. 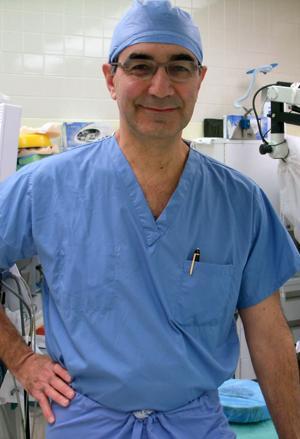 Second, an overwhelming body of data became available in the late 90’s documenting that penile implant infections were caused by contamination of the penile implant at the time of the implant surgery with the type of bacteria that was present on patient’s skin. This led to the development of antibiotic-coated implants such as the AMS Inhibizone (Rifampin/ Minocycline) and the hydrophilic Coloplast penile implants. Clinical trials with these devices in the hands of experienced penile implanters showed a marked decrease in infection rates to less than 2%. While this was a much-welcomed result, it confirmed the hypothesis that the penile implants were being contaminated with bacteria during implant implantation and that bacteria were being introduced into the patient during the penile surgery.

Dr. Eid believes that allowing any part of the penile implant to come into direct or indirect contact with the patient's skin during the procedure contaminates the penile device. It becomes no longer sterile.

Think about it: Would you allow the surgeon to put a penile implant into your body that had touched a surgically prepped skin from another patient?

It was, therefore, logical to think of a way of preventing the contamination of the penile implants as well as the introduction of bacteria into the surgical incision in the first place rather than focusing all our efforts on killing bacteria that had already contaminated the penile implant and that was being introduced into the patient.

For several years Dr. Eid experimented with different ideas and concepts but it was not until he was having root canal, during which placement of the damaged tooth through a small hole in a rubber dam isolates the tooth from the rest of the mouth, that he came up with the idea of similarly isolating the incision during the penile implant procedure.

World-renowned urologist Dr. J. Francois Eid talks about his objectives and strategy when placing a penile implant or a penis pump for erectile dysfunction.